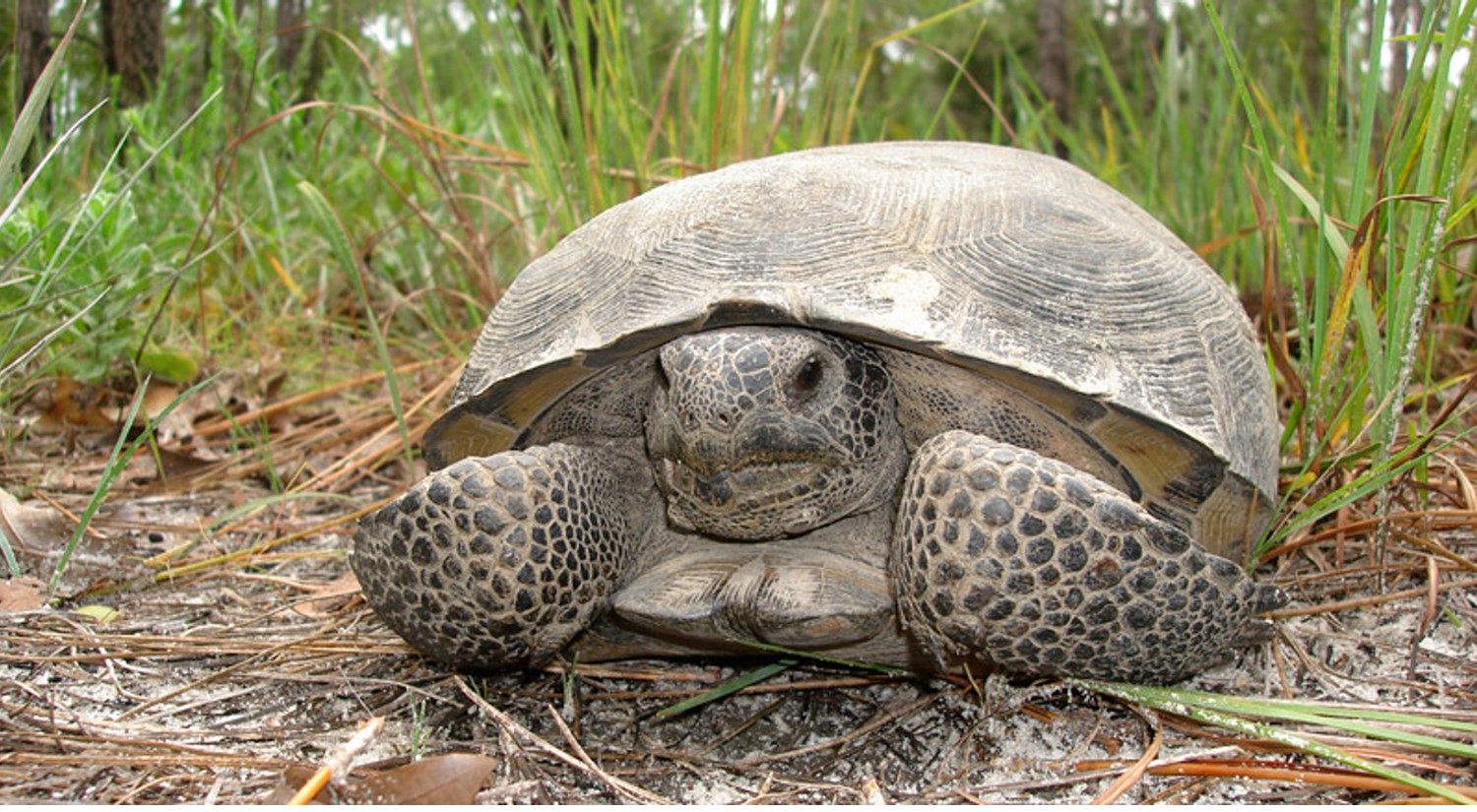 The gopher tortoise, Gopherus polyphemus, is the state reptile of Georgia. This tortoise gets its name from the use of its fossorial front legs to dig deep burrows. Because their burrows are used by several other species in the ecosystem, they are considered a keystone species and are pivotal to their community.  The burrows are found in dry, sandy soils such as those found along the southeastern United States with the majority of its population  (~800,000) occupying Florida. They are one of very few species to dig a burrow that can up to 10 feet deep and 40 feet long! The burrow serves as the ultimate form of protection from predators, the sun, and a refuge from naturally occurring fires.

Like most tortoises, gopher tortoises are herbivores and can eat a variety of grasses, fruits, leaves, flowers, or even pine needles! This behavior is beneficial to the community by keeping the plants from over growing while the consumed seeds are dispersed throughout the habitat.