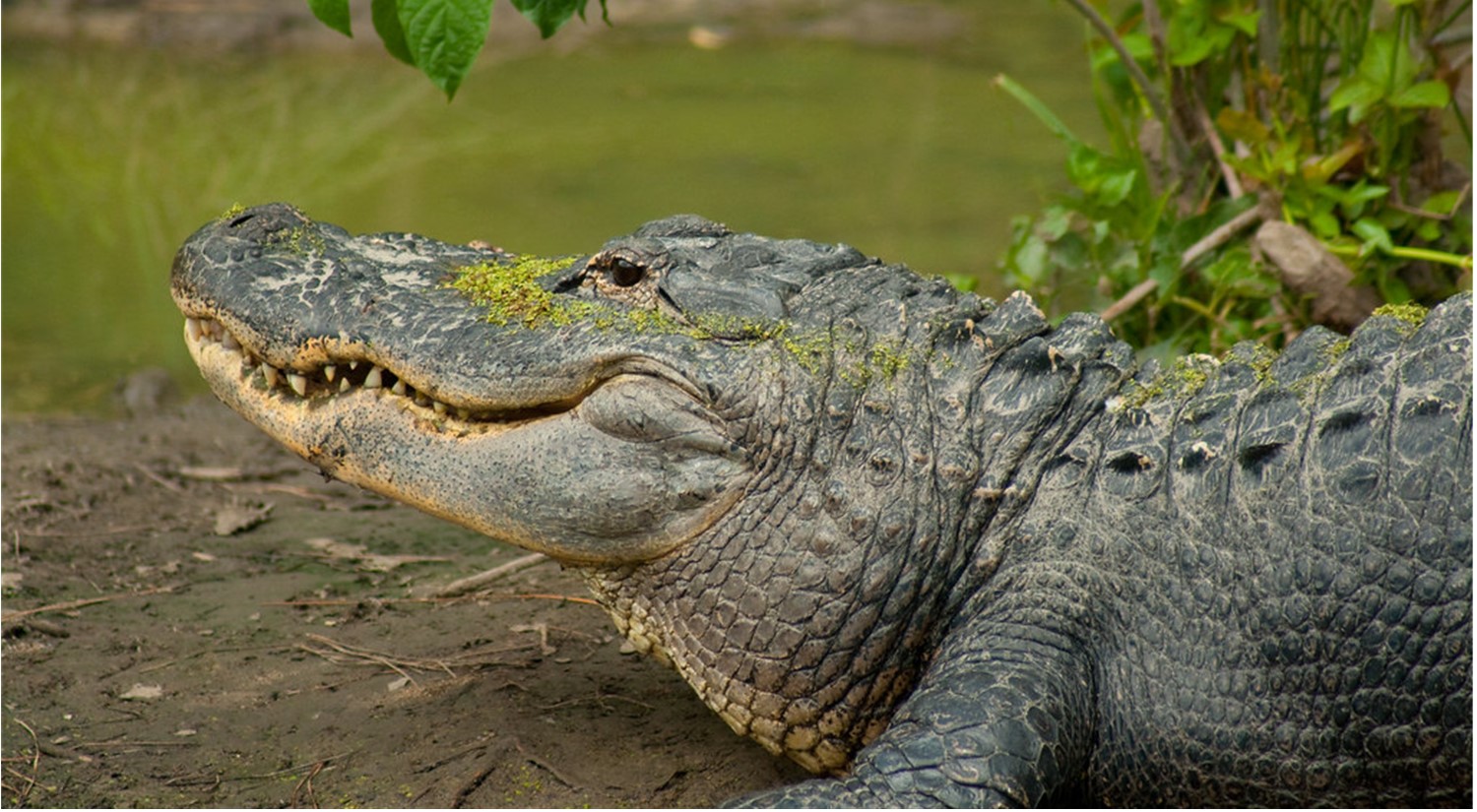 The American alligator is the largest reptile in North America with males reaching up to 14.7 feet (4.5m) long. Found from North Carolina to the coast of Florida and as far west as Texas, alligators prefer calm waters such as swamps, rivers and lakes. They are characteristically known for their “armoured” body made up of bony plates called osteoderms or scutes. They have a muscular flat tail which aids them in propelling through the water when swimming. Their upward facing nostrils on their long snout allow them to breathe whilst submerged in the water which allows them to stay well hidden. Alligators have legs directly beneath them unlike most reptiles which keep their legs at the sides as a diagonal. These legs allow them to lift most of their tail of their ground allowing them to walk and run.

During freezing temperatures, alligators are known to dig themselves burrows in the mud which fill with water, allowing them to hibernate. These burrows can be as long as 20 meters. Alligators are very vocal from a young age and frequently bellow and roar at one another. Their bellow can be heard from as far as 165 yards away and is often heard during breeding periods.

Like all crocodilians, alligators are carnivorous feeding on fish, birds, snakes and small mammals. Their powerful jaws can crack a turtle shell. Alligators feed on small prey whole but often drag larger prey underwater and break them apart with their sharp teeth. Alligators have been 74 and 80 teeth at any one time, as they are broken down they are replaced. They can go through 3000 teeth in a lifetime.  Alligators can live up to 50 years in the wild but up to 80 years in captivity.