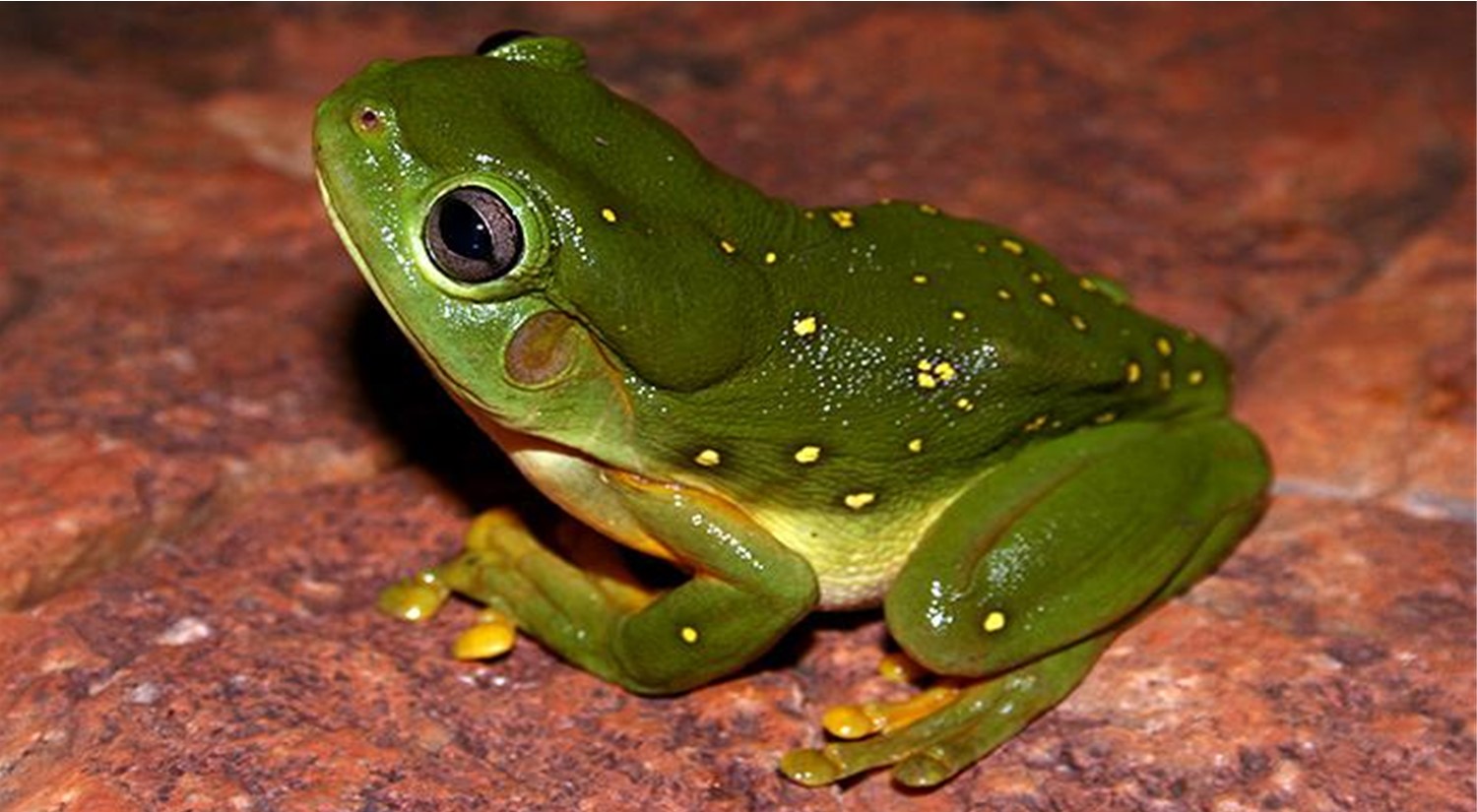 The magnificent tree frog is a relatively large species of tree frog inhabiting a limited range in Western Australia known as the Kimberley region. Individuals are green with small yellow spots and a white underbelly. Their toes are ended with large adhesive-like discs, which aid in climbing by allowing the frog to adhere to smooth leaves, rough trees, or even rocks. On the top of their head is a poison gland, one of the largest of any amphibian in Australia. This large fluid filled sac produces a foul tasting poison which deters birds from attempting to eat the frogs.

Contrary to its name, the magnificent tree frog spends more of its time on rocks or inside crevices than on trees. They have even been found in urban environments, in abandoned buildings or even public bathrooms. The frogs are usually found at night, while they are hunting. They will consume any small prey that they can easily eat, usually insects. Breeding takes place in the Australian wet season in December. Males will call advertise themselves to available mates, as well as release a pheromone known as Spendipherin into the water to attract the females. After, females will lay eggs that form a floating clump. Depending on conditions, tadpoles will be fully developed between  1 and 4 months.

Magnificent tree frogs can be found in the zoo’s reptile house.