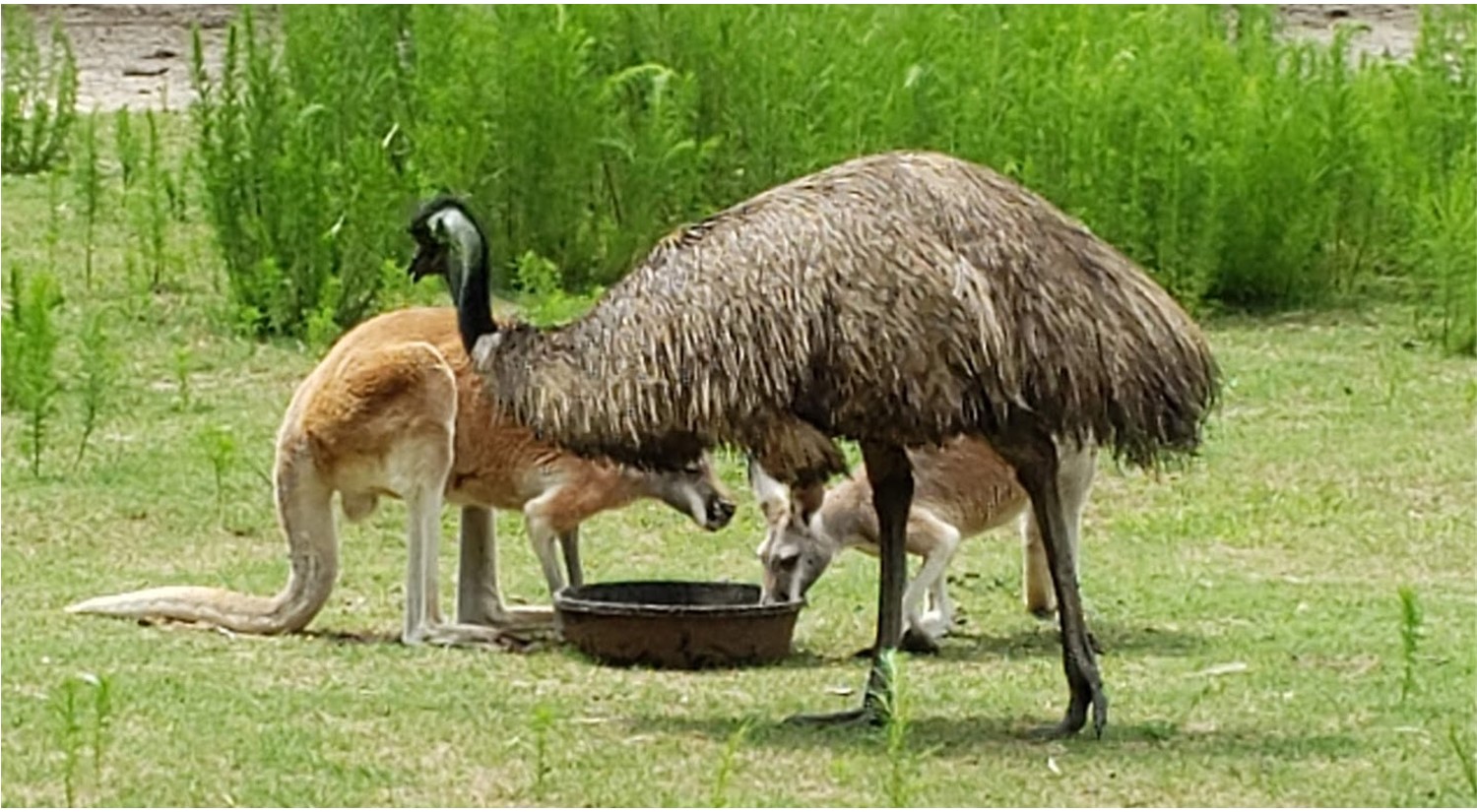 Emus (Dromaius novaehollandiae) occupy nearly the entire continent of Australia with a population that averages around 700,000. These nomadic animals can inhabit nearly any biome in Australia but tend to prefer areas near standing waters and avoid heavily wooded areas. After the ostrich, the emu is the second tallest bird reaching heights as tall as 6 feet with an average around 5.7 feet. They have three forward-facing toes, long legs and are the only bird with calf muscles. These muscles make them more adapted for sprinting and running long distances at speeds up to 31mph.  The average weight of an emu is 69 and 82 pounds in males and females, respectively.  Their feathers are a dark brown and serve as insulation from direct sunlight and long white-blue necks topped with a head covered in wispy black feathers and a large beak specialized for grazing. Emus produce oil that has various medicinal purposes that have been utilized for hundreds of years. Some of the uses include treating allergies and headaches, preventing scaring, and even lowering cholesterol.

Emus breed between December and January and nest approximately 50 days afterwards. The number of eggs laid can range from 5 to 24 with an average of 10 per season. After the females lay their eggs, the incubating male becomes protective over the nest. They build up a bed of dead grass in larger brush and make sure to rotate the eggs every few hours.  This protectiveness can last up to 7 months after the baby emu hatches. These hatchlings can live up to 20 years in captivity and 10 years in the wild due to various stresses including food availability and dry periods.